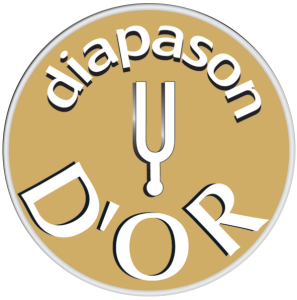 Awarded with the Diapason d’or
Read here the critic from Diapason N°633, March 2015

During the Spanish foreign dominance over the kingdom of Naples in the 16th and 17th centuries, lively musical and cultural relationships were forged between Naples and Spain and the city at the foot of Vesuvius could count itself as a European cultural centre on an equal footing to London and Paris.

A Neapolitan delegation of virtuoso musicians and singers was invited to participate in the marriage celebrations of Philip II in Madrid (1543), among them the harpist Gian Leonardo, the ‘new Orpheus’ of this era. These musicians were members of the capella reale, the orchestra of the royal court of Naples. The first maestri di capella were Spaniards followed by Jean de Macque who was later joined by his pupils Giovanni Maria Trabaci und Ascanio Mayone. In the capella reale, harpists also found regular employment.

The musicians performed at the major musical focal points in Naples, primarily in the following locations: Palazzo Reale, the Gesualdo family home, Chiesa S. Annunziata, Oratorio di S. Filippo Neri and Tesoro di San Gennaro. The photographer and filmmaker Armin Linke documented these locations in beautiful photographs which appear in the cd booklet, during a trip to Naples in December 2012.

Major musical focal points of Early Baroque Naples documented during a trip in December 2012. The photographs appear in the cd booklet of L’arpa di Partenope. 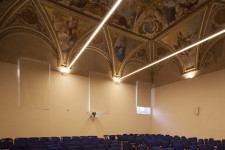 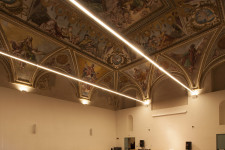 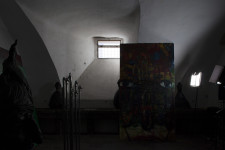 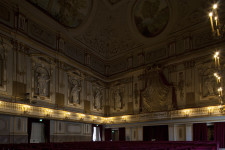 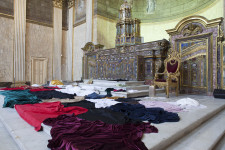 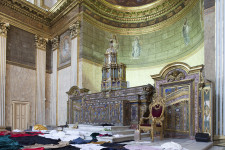 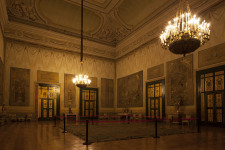 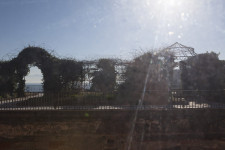 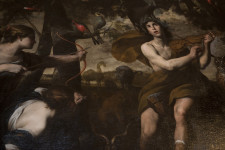 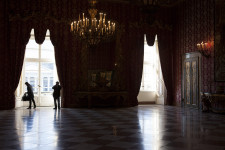 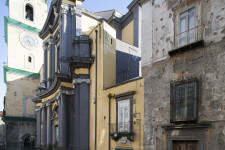 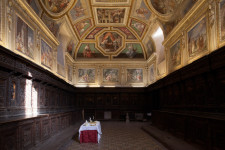 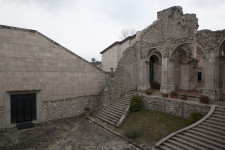 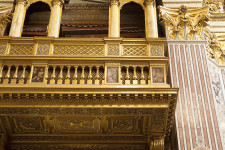 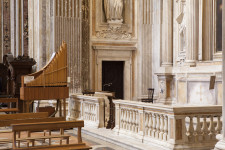